Meet John J Gobbell by watching his interviews or finding events near you.

A Call to Colors

A Call to Colors: A Novel of the Battle of Leyte Gulf is now available for your favorite eReading device or computer.

In Italy, for thirty years under the Borgias, they had warfare, terror, murder, bloodshed. They produced Michelangelo, Leonardo da Vinci, and the Renaissance. In Switzerland, they had brotherly love; five hundred years of democracy and peace, and what did they produce? The cuckoo clock. Read the article »

How a Fletcher Class Destroyer Became a DDG Overnight

This article was published in the Tin Can Sailor quarterly newsletter and is basically a coming-of-age reminiscence of John's WESPAC cruise aboard the destroyer USS Tingey (DD 539).

Military.com—one of the nation's largest online magazines with a circulation of about 8 million—asked John write a piece about the Surrender Ceremony aboard the USS Missouri (BB63) on September 2, 1945. In the research phase, compelling stories surfaced that show our leaders of the time looked far into the future. The way the ceremony was structured and the instrument of surrender were unprecedented; this marvelous legacy remains with us today. 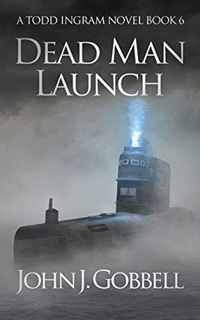 It’s 1968 when, in the North Pacific, Navy pilot Jerry Ingram is a sole witness to the sinking of the Soviet Union’s ballistic missile submarine, the K-129, and how subsequent finger pointing drags the world toward an out nuclear holocaust.

It’s 1968, a time when global upheaval seems the norm. The war in Southeast Asia rages along with prolonged civil unrest at home. Amongst this, turncoat Navy Warrant Officer JOHNNIE WALKER begins an extended relationship with the Soviet Union by selling top-secret crypto key lists to them to fulfill a voracious appetite for the good life. This prompts the Soviets to order their friends, the Democratic People’s Republic of Korea (DPRK), to seize the USS Pueblo (AGER 2) steaming in international waters off the coast of North Korea. The Pueblo carries the KWR 37 coding machine, allowing the Soviets to read the codified material Walker had sold to them. Soon after this, the Soviet submarine, K-129, a boomer carrying three R-21 ICBMs with a 1,500 range, inexplicably disappears in the North Pacific. The desperate Russians cannot find her even though they mobilize nearly every vessel in their Pacific Fleet. Two months later, the USS Scorpion (SSN 589) sinks near the Azores. With each side blaming the other, 1968 gets worse as a frustrated President Lyndon Johnson gives up and refuses to run for a second term. But it’s not over. Martin Luther King and Bobby Kennedy are assassinated two months apart. With the nation still reeling and grieving, the Democratic National convention iis disrupted by riots that August.

Caught in the morass is Naval Academy graduate Lieutenant (j.g.) JERRY INGRAM. Just out of flight school, Young Ingram is a is a freshly minted P-3 (4-engined ASW patrol plane) co-pilot assigned to a P-3 squadron in Sigonella, Sicily. En route to his first duty assignment, Jerry falls in love with RITA HERNANDEZ. A Mexican beauty queen who has made it big in New York’s fashion world. They settle in Sigonella and Jerry, who has squeaked by in life, due to the influence of his father, Vice Admiral TODD INGRAM, suddenly realizes he is involved in serious bustiness. He vows to bear down and make a go of it, as a pilot and as a husband. Instead, he comes home one night to find Rita in bed with MICHELANGELO RUGANI, a wealthy and handsome Italian ski-bum and Olympics wanna be who also represents the Rugani family’s Enzio line of Fragrances. Jerry beats the daylights out of Michelangelo and is censured by the U.S. State Department and the U.S, Navy for his trouble. Politics are in play as the Navy hangs an article 133 charge, conduct unbecoming an officer, around Jerry’s neck but whisks him off to another duty station to get him out of sight. With Jerry’s disappearance, a vengeful Rugani family (Poster- boy Michelangelo has lost three front teeth and has two broken ribs) sends Michelangelo’s body guard, Giorgio Michelleti, strong man of the Salvati Mafioso family, of Sicily after Rita who has taken refuge in her father’s vineyard high in the hills above Vera Cruz, Mexico.

Jerry is assigned to squadron VP 72 at Barber’s Point, Hawaii. From there and other bases, the U.S. Navy searches for Soviet submarines that seem to be popping up like ten-pins all over the Pacific. And he is uncomfortably close to his father who is commanding officer of the top-secret Fleet SIGINT Operations Control Center in Kunia, Oahu, Hawaii. Todd Ingram’s on-again, off-again friend is Soviet Navy Captain First Rank EDUARD DEZHNEV who he first met in 1942 (A Code for Tomorrow). They disenfranchised later that year when Ingram discovered Dezhnev was spying for the Soviet Union, trying to turn American scientists assigned to the Manhattan Project including his soon to be wife, Helen, then trapped on Mindanao. More recently, they re-kindled their friendship when Dezhnev helped save Ingram’s life right after Japan’s surrender in 1945 (Edge of Valor). Over the years, Dezhnev declines the invitation of CIA agent OLIVER TOLIVER to come over to the other side. Desperately earnest, he wants to somehow help change his beloved Russia for the better. But now, Dezhnev finally realizes his dream for the Rodina just won’t happen, that the Soviet government is too corrupt. Accordingly, he now spies for the United States.

Eduard is proud of his son, Starshiyi Leytenant VLADIMIR UTKIN DEZHNEV, also a newly minted naval officer. Young Vladimir is highly regarded for his computer skills and is attached to the K-129 which sinks in the Central Pacific with all hands. Only Jerry Ingram, while on a special assignment aboard an American submarine, sees through the periscope what really happened to the K-129. In 1974, the forward section of the K-129 was secretly recovered by Howard Hugh’s Glomar Explorer via CIA project Azorian authorized by President Nixon. Ironically, the day the wreck was pulled into the Glomar Explorer’s moon-pool, is the day President Nixon was forced to resign. But artifacts examined in this portion of the wreck tell Ingram and Dezhnev, the role Vladimir played in saving the world from a major disaster.

This is the first of John Gobbell’s novels I’ve read, but it definitely won’t be the last. Ironically, I had just finished reading a recap of the Pueblo incident and had no idea before starting this book that that event was a key element in this story. The connections behind intelligence sources illustrates just how important military secrecy is, and how intelligence agencies can piece together seemingly unrelated finds to reveal larger secrets.

I’ve worked in Los Alamos, NM, and have some understanding of the nuclear technology of the time. The nuclear weapons designations, while public information, would require extensive research to get right for the story. And John Gobbell did get them right. Virtually all of the technical details in his prose cross check perfectly.

The “Dead Man“ nuclear launch mechanism (and this is not a spoiler) actually existed on both Western and Communist sides, in which once a nuclear exchange began, all nuclear weapons would be launched and expended automatically on every enemy target, encompassing multiple countries. The Soviets had such a mechanism, and so did the United States.

Amazingly, most of the details about the US “doomsday device“ only came out recently, in Daniel Ellsberg’s excellent nonfiction book “The Doomsday Machine“ just published in December 2017 , which “Dead Man Launch“ pre-dates by three months. Frighteningly, Ellsberg relates how multiple levels of secrecy within the US government set up a nuclear apocalypse waiting to happen. That it didn’t happen, despite plenty of technical accidents throughout the Cold War, can only be due to God‘s providence

Beyond the amazing fidelity of the story to known facts, the novel’s character development is very well done, and multiple plot lines converge perfectly in a believable and exciting fashion. It wasn’t until nearly the end that I realized the ambition of this novel in providing an historical fiction base for one of the most amazing true naval espionage stories. That ambition is pure brilliance on the part of the author.

This novel is a thinker. I found myself often reflecting on the Cast of Characters helpfully provided at the front of the novel. Gobbell handles the complex character list well, introducing people one at a time and providing enough background so that you actually care about even the Russians. Not unlike Ken Follett’s Century Trilogy, none of the characters are unimportant. Each has their motivations and role in the plot, which l appreciated as the story developed. By the end of the novel, I felt like I had met each of these characters in person.

One aspect of Gobbell’s writing I greatly respect, which modern authors seem to think can’t be done, is his choice of language: avoiding gratuitous profanity, choosing instead to make his dramatic points using good dialogue.

I sensed the back-shadings of Todd Ingram‘s past exploits from previous novels, so I look forward to reading those and getting the whole Ingram family history.

I dearly hope John Gobbell has more novels in him.

The sixth novel in Gobbell’s Todd Ingram series, Dead Man Launch centers on the exploits of Vice Admiral Todd Ingram’s son Jerry, a young P-3 pilot who finds himself caught up in all manner of international intrigue and treachery. Gobbell uses many actual historical events from the late 1960s to construct the story such as North Korea’s capture of the USS Pueblo (AGER-2) and the sinking of Soviet submarine K-129 in the Pacific. The title refers to a Soviet computer program that would automatically launch the communist power’s nuclear weapons at U.S. homeland targets in the event the United State killed or incapacitated its entire leadership in a surprise first strike. These novels are not quite in Tom Clancy-technical-suspense-thriller territory, but they do benefit from the real experiences of an author who did active service as a surface warfare officer.

The sixth installment of the Todd Ingram series, Dead Man Launch is set during the tumultuous period around the hijacking of the USS Pueblo in 1968. As the story unfolds, the world tips ever closer to all-out nuclear war. While the rest of the globe is focusing on the ongoing war in Vietnam, the U.S. and Soviet navies play a ​potentially lethal game of cat and mouse. That deadly match-up of naval forces—above, on, and under the surface of the Pacific—provides the main backdrop for this story. But the action isn't restricted to naval activities on that ocean. The reader will also be transported to not-entirely-idyllic family life in southern Italy; desolate, snow-covered stretches of the former Soviet Union; a Turkish Black Sea port town, and a Mexican hacienda, to name just a few.

DURING THE THICK OF THE COLD WAR in the 1960s, the United States and the Soviet Union were entangled in an undersea naval chess match. One false move on either side could have touched off a nuclear firestorm. By the summer of 1962, the Soviets were building submarines, armed with nuclear-tipped torpedoes, at a breakneck pace, in many cases sacrificing quality standards for expediency, while putting crews at risk. Read More...

“Powerful and engaging. Truly an inspiring and emotional story of bravery and sacrifice … a must read.”
-- NELSON DEMILLE

A CODE FOR TOMORROW

“This stick-to-your-fingers novel is John J. Gobbell at his best.”
-- (the Late) STEPHEN J. CANNELL

“Dramatic…convincing historical detail that really distinguishes this (novel) from the competition.”
-- PUBLISHER’S WEEKLY

“…Gobbell will keep his readers up until dawn to discover if Ingram can possibly accomplish or even survive his hair-raising assignment,”
-- Pete Wilson, Former Governor of California and U.S. Senator of California (Armed Services Committee)

A CALL TO COLORS

“A Call To Colors is a rousing dramatization of history's greatest sea battle. Our naval veterans of the Battle of Leyte Gulf shine proudly in Gobbell's authentic reimagining of their finest hour."
-- James D. Hornfischer 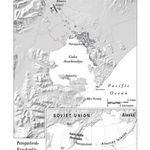 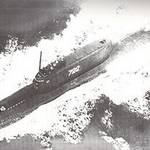 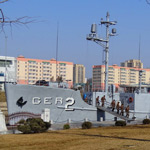 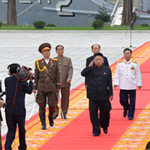 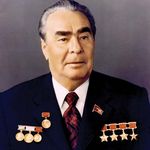 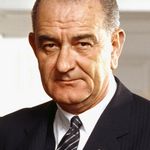 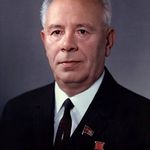 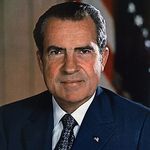 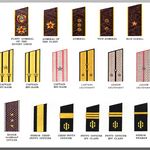